Babba by the Yard at Le 114 Faubourg

I'll spare you all the details of our dinner at Le 114 Faubourg at the Hotel Le Bristol.

Not because it wasn't sublime.  It was.

My lobster salad starter was as copious as it was delicious, which I would have appreciated more than I did, had I not already stuffed myself with the cheesy choux pastry allumettes that were served with our champagne aperitifs.  So much for planning to dine light.  To that end I'd decided against the Entrecote and ordered the sole, which was prepared 'a la plancha' and had all of the mouthwatering mmmmmm of a meuniere without the calorific butter bath.  (Monsieur, on the other hand, did have the Entrecote, which was an outstanding piece of meat.  The accompanying herbed potato puree was pretty darn good too.)

But as I said, I'm going to spare you the all details because I'm in a bit of a rush and if I spend too much time ooooh-ing and awwww-ing over our starters and mains, I won't have time to tell you about dessert.

I wasn't planning on having dessert - just as I wasn't planning to stuff myself with amazing allumettes or an enormous lobster salad or all that great sole, plus a small chunk of Monsieur's steak, oh, and a few hefty spoonfuls of his mash.  But when Monsieur saw his favourite on the menu - Babba au Rhum - I buckled and ordered something to join him.

My choice was a relatively light Red Berry Vacharin:  A very French combination of meringue, berries, a berry coulis and just enough chantilly cream to be naughtily nice.  What arrived was a masterpiece, served over dried ice for a suitably wicked effect. 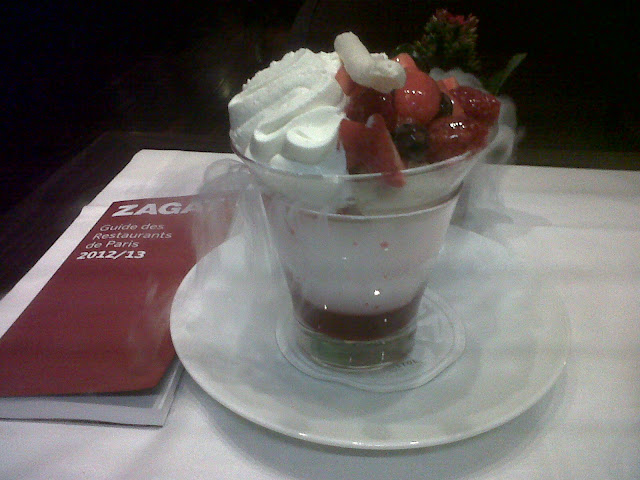 If you're not au fait with the ways of Babba, let me explain.  Babba is a bit of sponge cake that, at the very last minute, gets drowned in rum.  A chantilly whipped cream usually comes with it to provide the pretence of a sweet dessert, but it's essentially an after dinner drink.  But THIS Babba... oh my. 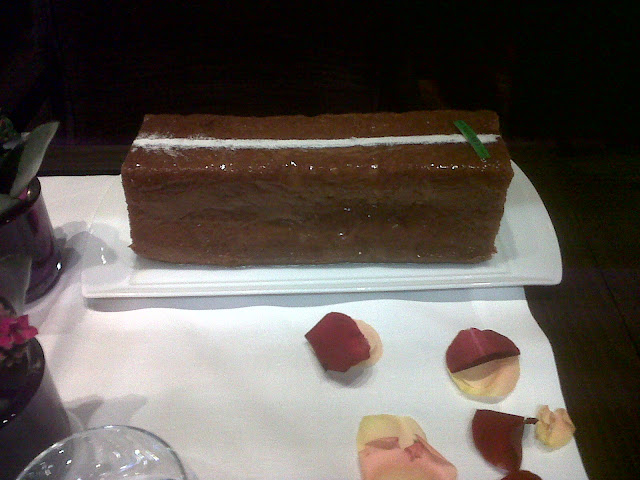 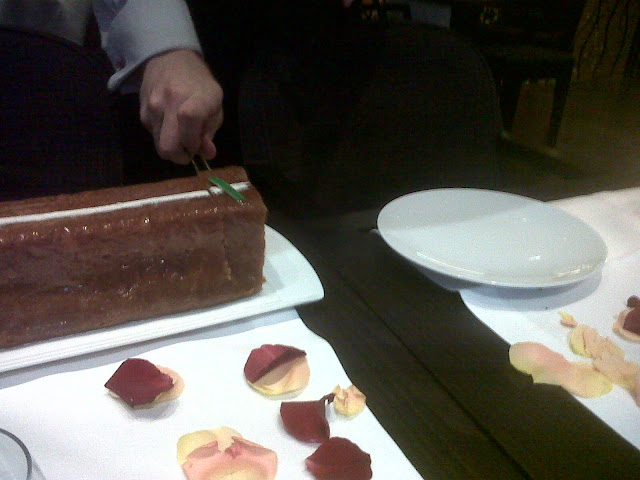 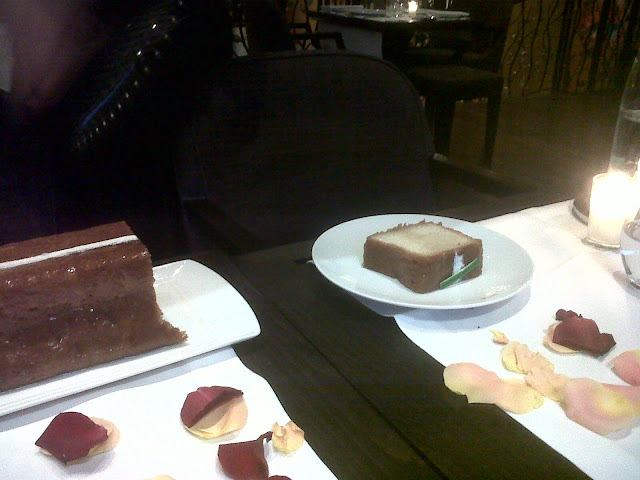 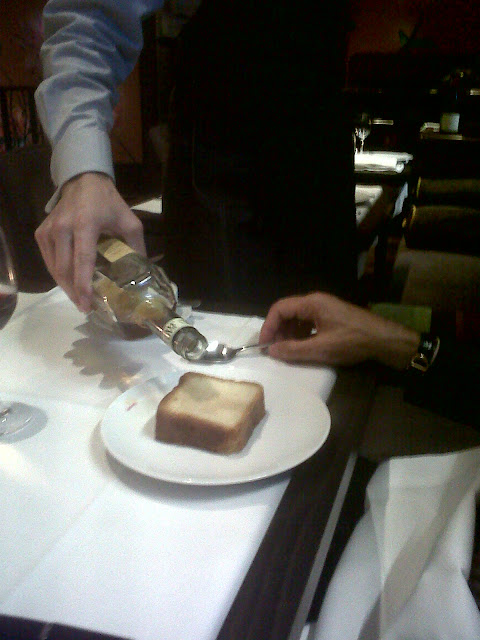 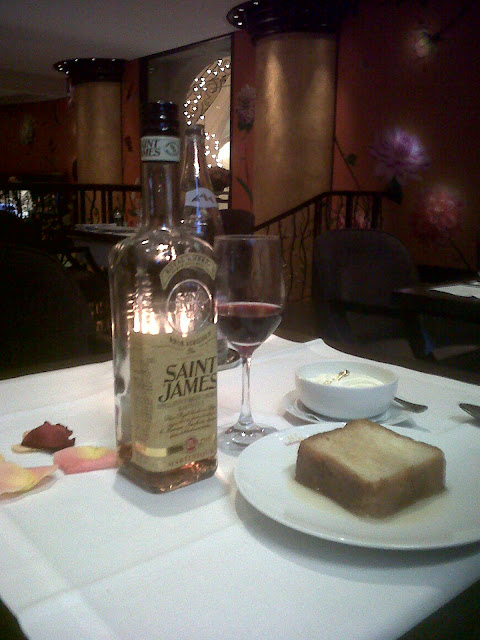 When a yard of cake and a litre of rum arrives at your table, you know you're in the right place.

And you're not driving home.

Style File Followers Take Note:
1. I love cheesy choux pastry, just so you know.
2. The camera on my BlackBerry is crap, just so you know I know.
3. My double-double-toil-and-trouble dessert was photographed next to a Zagat guide because we were at The Bristol celebrating the launch of their new 2012/2013 guide.  I had no idea that there was a Mr. & Mrs Zagat behind it, let alone that they were so sweet!  Hats off to them for starting what they did some 40 years ago. Tiaras off for being bought by Google.
4. Monsieur cycled home that night to burn off all that Babba.  Which leads me to say: Burn babba burn, dessert inferno. (Mine was smoking, after all.)
Posted by Pepita Diamand at 19:56