I know what you're thinking.

You're thinking, where the heck has Pepita been all week?

Well, I've been in Paris (I live here), in London (I lived there) and incommunicado (a living nightmare).

My trip from Paris to London was as a tag-along to Monsieur who needed to be in Blighty for 36 hours of back-to-back business meetings.  His toil gave me the excuse I craved to stuff myself on Asian cuisine (the French are great at foie gras but make a lousy chana massala), do some essential shopping (Aveda products & Douwe Egbert instant coffee) and babble about my recent engagement with old friends.

Before I continue, let me clarify the coffee thing. 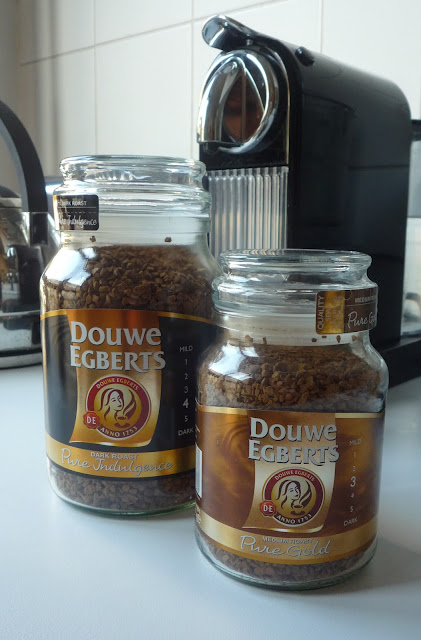 Although I love good coffee and have a stack of Ristretto pods at the ready, first thing in the morning I like to wrap my hands around a mug of instant, of which Douwe Egbert is by far the best on the market - the UK market, since it's not available in France.  That's not to say that I couldn't get by without it.  My Douwe Egbert dependency isn't so much about the caffeine as the jars that Douwe Egbert coffee comes in: Lovely glass cylinders with glass lids that seal tight - the perfect containers for dry goods, teas and other kitchen staples.  My pantry is full of 'em. 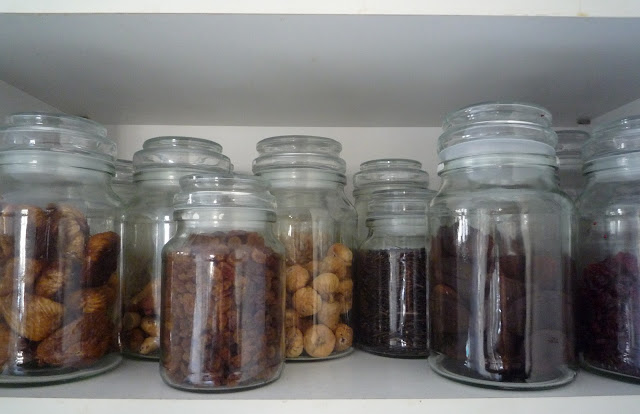 But that's not the point.

The point is that while I was in London (and all week, for that matter) I couldn't blog, upload photos, or contact and see half the people I wanted to because my BlackBerry died just before we left. 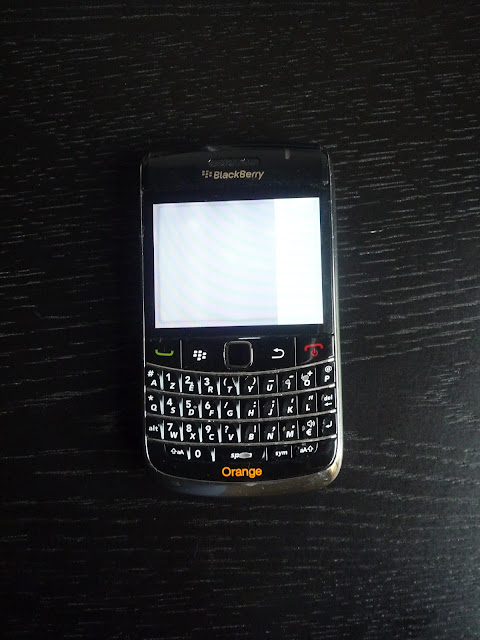 Its death-knells began a few weeks ago; first with a flicker and then with a whole day of flatline (or white screen, as the case may be).  When it miraculously sprang back to life, I counted my lucky stars, renamed the Blutooth ID 'Lazarus' and put off joining the dreaded queue at Orange's customer non-service centre on the Champs Elysées for as long as I could, ie. up until the day before we went to London, when my BlackBerry, with vindictive timing, flatlined again and stubbornly resisted a second (or third) coming.

Now, back in the UK, where I'd lived for 20 years, my service provider would have thought nothing of providing me with service, not to mention a replacement handset on the spot.  But this is France, Socialist France as of last Sunday.  So, instead of a working BlackBerry, I got bureaucracy.  Triplicate paperwork and the run-around, all in French.  It wasn't until I begged, cried, and hoiked up my Victoria's Secret that the man at the non-service desk offered me a replacement until the insurance documents get cleared.

"Yay!" I cheered.  "Oui." he chuckled, handing me a scruffy non-data-enabled Nokia. 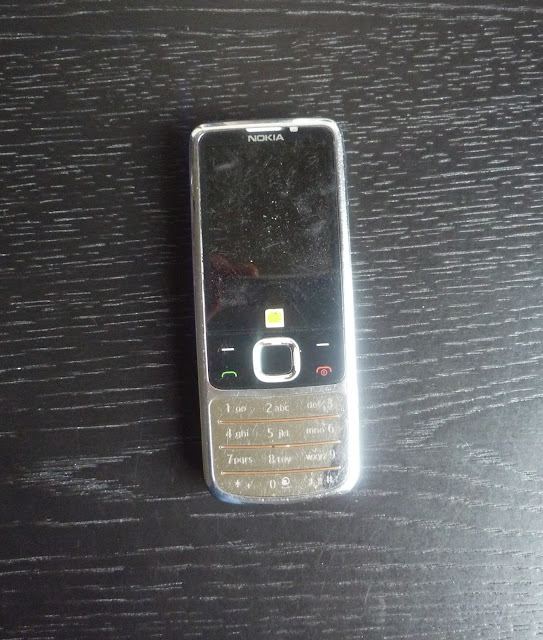 The last time I used a mobile phone that was just a mobile phone, Scarlett Johansson hadn't been born.  Yet here I am, in 2012, unable to synch, tweet, fb or whatsapp.  And without a querty keyboard, by inability to text at more than a snail's pace has rendered me virtually voiceless.  (Predictive, my ass.)  Two tin cans and a roll of string would be 10 times more effective and 100 times less likely to cause disastrous misunderstandings.

So for those of you who've been wondering, that's where I've been:  Mainly incommunicado.   And to add alliteration to injury, I left my underwear at home when I went swimming yesterday, which made me commando incommunicado on the Metro ride home.

Style File Followers Take Note:
1. Since moving to Paris, I've tried various fancy French brands but none of them leave me with the glossy, healthy hair that Aveda imparts.
2. Who remembers the Folgers Tavern on the Green commercials?  Douwe Edbert is Britain's Folgers, but better.
3. From left to right, that's soft dried figs, home-roasted mixed nuts, sultanas, hard dried figs, wild Canadian rice, dried apricots & Craisins.
4. Apart from wanting to say hi to more people, I wish I'd had my BlackBerry in London to take photos and tweet about Harvey Nichol's storefront.  Their spring display is awesome.  Paris might know luxury, but London knows retail.  (And replacement phones.)
Posted by Pepita Diamand at 08:54