A Funny Thing Happened on the Way to Portofino

I happen to be engaged to one, so I know what I'm talking about.

About 20km after leaving Beaune on our drive to Portofino, I saw a sign for a gas station and noticed that the little pointer thingy was within the final quarter mark of our gas gauge.  (I prefer the names of nail-polish to car parts, okay?)  Let's get some gas, I said.  We don't need any, was Monsieur's response.

And with those Y-chromosome driven words, our little A-Class - loaded with luggage, Monsieur's bike and the de rigueur purchases of Meursault and Pommard that one simply can't leave Burgundy without - sped past that little gas station on France's southbound A6, only for the 'reserve' light to flash no less than one minute later.

The only thing coming up was our turn off to the A40 towards Mont Blanc, and storm clouds.

We'd driven at least 35km before we spotted the first sign for roadside services, another 27km away.

Each km felt like an eternity. We held our breath as we counted them down, somehow believing that the less air we expended, the more fuel efficient the car would be.

With 5km left the rain started to come down hard.

With 4km it was torrential.

At last we found a BP Station. 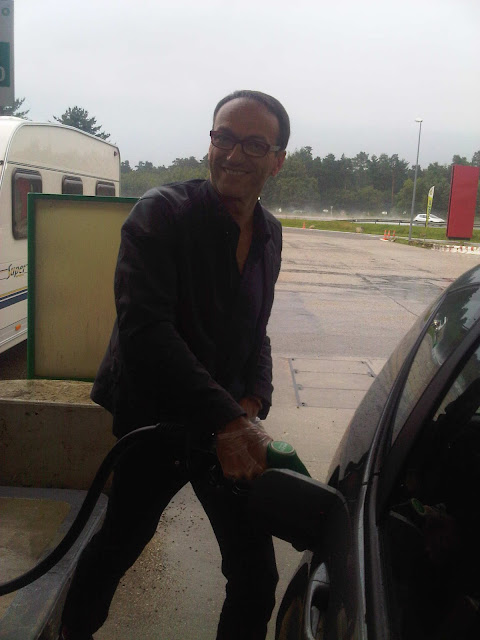 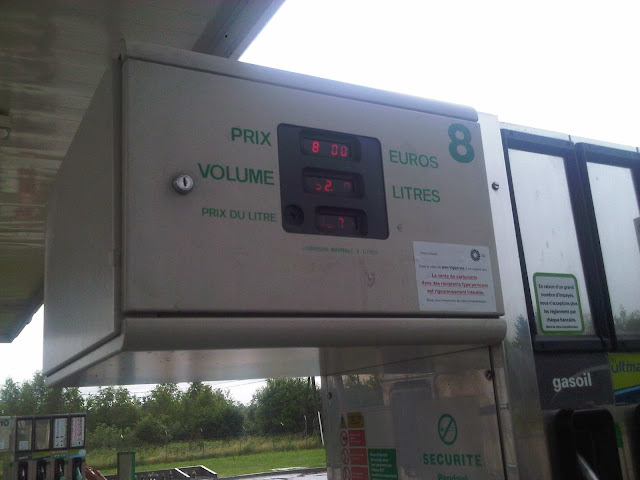 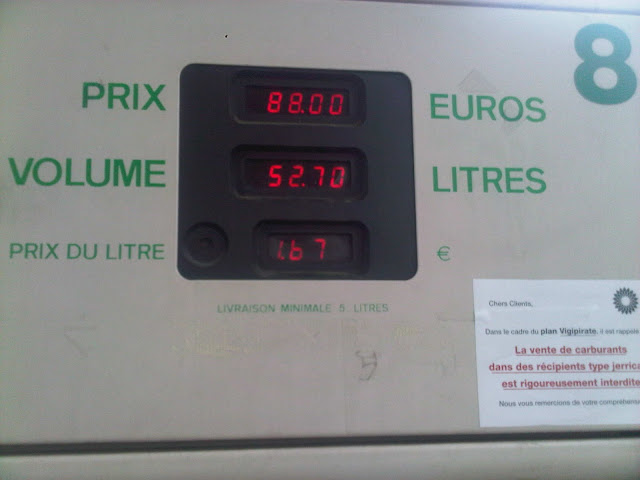 Style File Followers Take Note:
1. Had worst come to worst, Monsieur could have put his bike together and ridden off to get some petrol in the rain, while I sat in the car drinking Pommard.  At least that's how it worked in my mind.
2. I wasn't quite so able to refrain from an energetic I told you so! when we got lost under the searing midday Tuscan sun while hiking on my birthday.  (That story to follow.)
3. I think Monsieur looks kinda cool in those plastic gloves.
4. For those who've asked, the gloves are dispensed freely at French pumps.  Another reason I love this country: Manicures must be protected at all times.
Posted by Pepita Diamand at 22:09