Last night was Fashion's Night Out, a Conde Nast (ie. Vogue) initiated event which takes place in the world's fashion capitals to promote fashion (ie. consumerism) in the run up to the Fashion Week season.

So, being the fashion lover and former fashion journalist and stylist that I am, I set off to rue Saint Honore to see Paris' chic-est boutiques woo their fashionista followers. 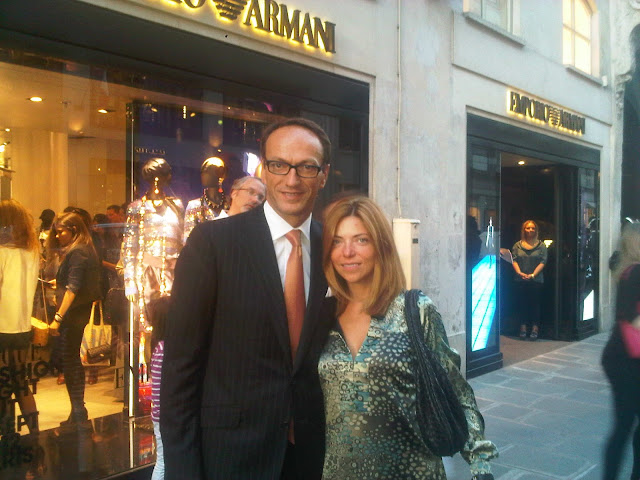 That's me and Monsieur with nearly nobody behind us, which must be the miracle shot of the night because
the scene was nothing short of a mob. 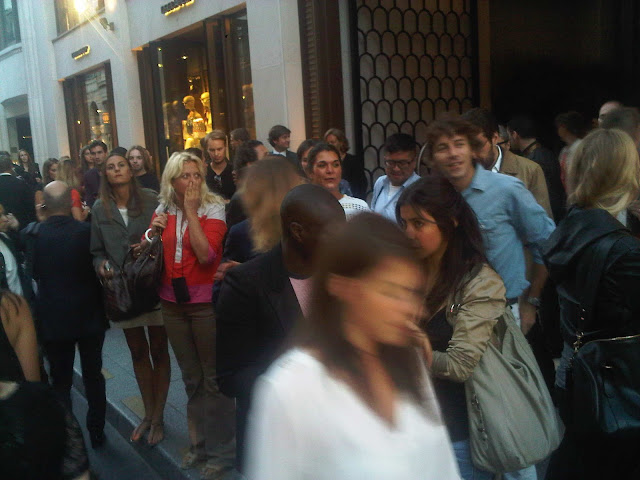 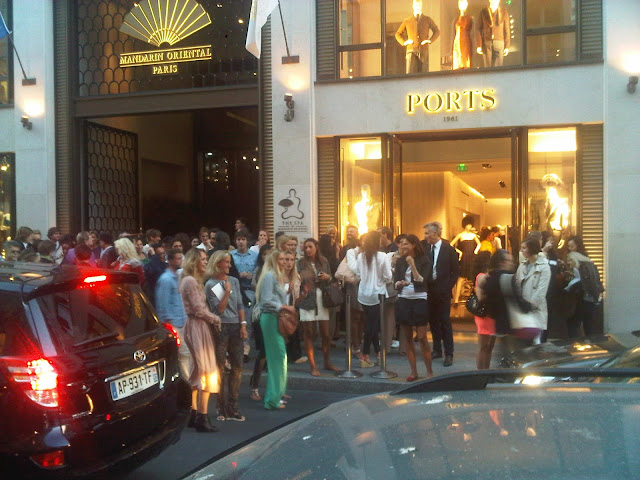 Thousands of fashion enthusiasts crowded the street, checking each other out as they ducked in and out of boutiques to nab a glass of free bubbly. "Come in and get tipsy and buy buy buy!" is the unspoken mantra of the evening.

Shops that aren't even open got in on the action.  Chloe's new Paris flagship - currently a building site which causes traffic snarls on the rue that are the bane of the neighbourhood - staged a cheerleading event to rah! rah! rah! its forthcoming ouverture... sometime in 2013. 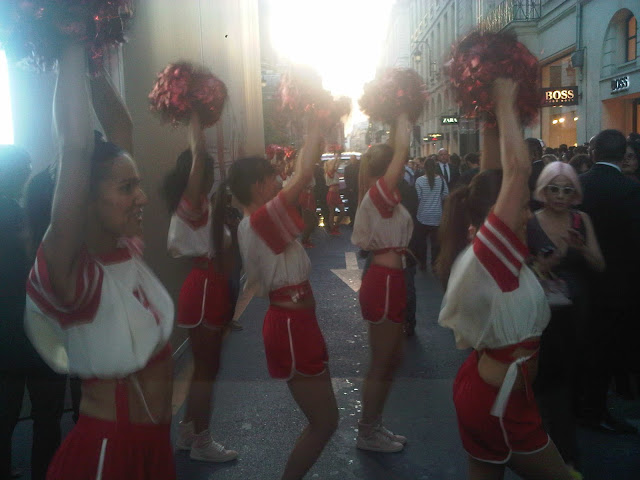 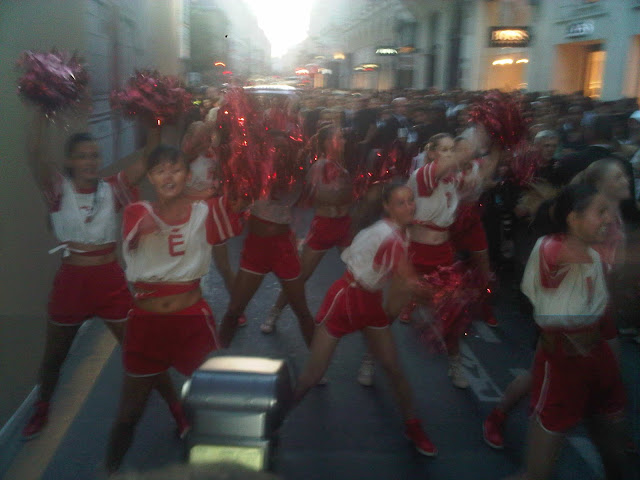 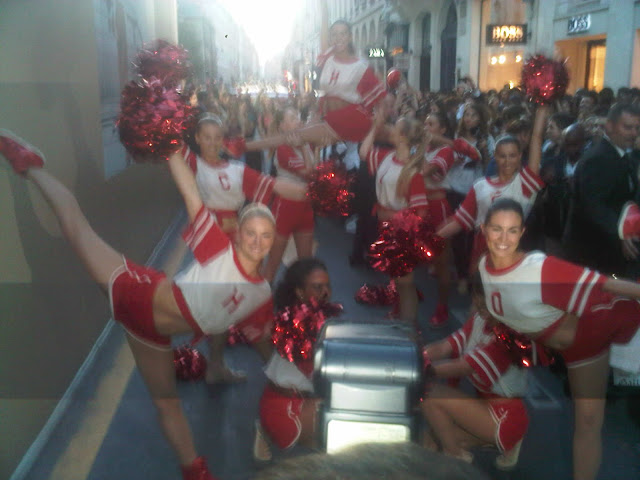 My apologies for the quality of those shots. You already know that my BlackBerry takes a crap picture, and with a moving troupe of dancers, this was the best I could do.

And this is the only picture I took of the freaks that came out last night in the name of fashion: 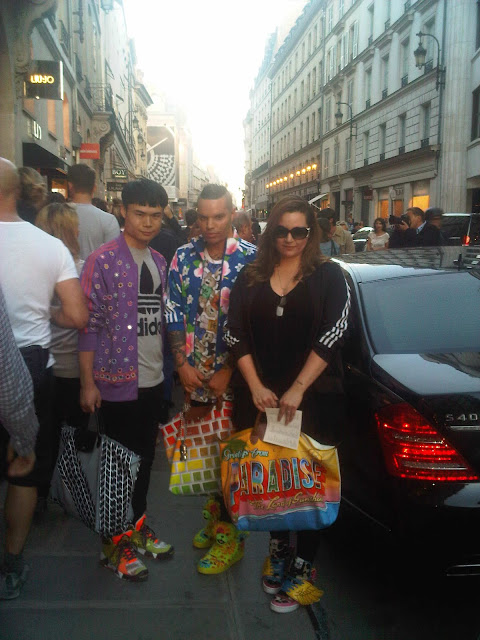 The reason I stopped at that one, apart from the wave of nausea, is this:  As I walked through the crowd of over-styled fashion-slaves in their unattractive attire, I saw an equal number of poorly groomed girlies and retro-nerd-boys snapping pictures as if they were paparazzi, while proudly wielded the words "I am a FASHION BLOG-GUER."  It seems that half of Paris, or at least half of the mob on rue Saint Honore last night, has a fashion blog. Dispensing plenty of sartorial wisdom, I'm sure.

At which point I decided that perhaps I didn't want to be on-trend after all.

Style File Followers Take Note:
1. Don't get me wrong. I love fashion. But I love style and good taste more.
2. You could argue that good taste is in the eye of the beholder.  But not the beholder of that Paradise bag.
3. Free champagne tastes pretty good too.  But only if it's well chilled.
4. Of all the top global luxury fashion brands with boutiques on rue Saint Honore, the most crowded last night were Zara, Maje and Sandro.  'Nuff said.
Posted by Pepita Diamand at 10:44

Email ThisBlogThis!Share to TwitterShare to FacebookShare to Pinterest
Labels: Chloe, Fashion Trends, Pepita Diamand, What Not to Wear