Style File Followers Take Note:
1. Only have your brows done by a beautician you trust.
2. If she's away, walk away.  Betty Boop is not a look worth risking.
3. As it happens, it's not just me.  My 84 year old mother actually called me up from Toronto yesterday just to say "Have you seen what they did to Michelle Obama's brows?!"  (The nature vs nurture debate continues.)
Posted by Pepita Diamand at 16:58 1 comment:

Guess where we were last weekend?  I'll give you two clues: 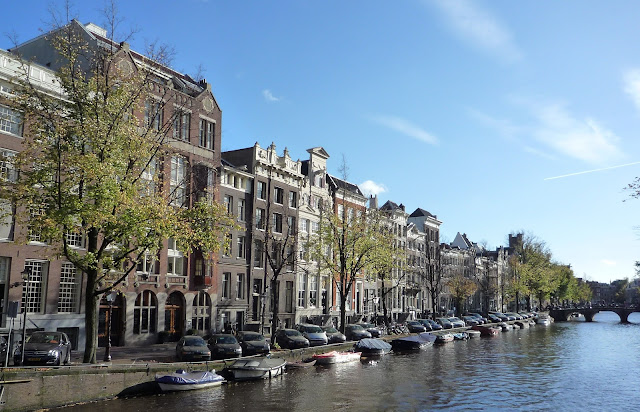 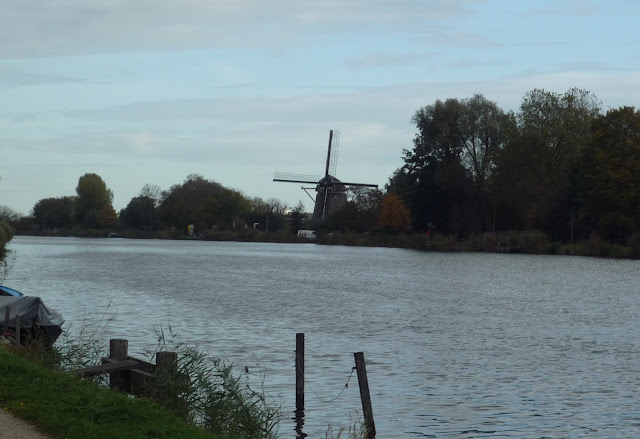 If you guessed Sub-Saharan Africa, I'd suggest you put down the meth pipe and take another look at the canals and windmill.  Yes!  We were in Amsterdam!  How'd you guess?

We had a blast, not to mention, a blast of cold air.  It was freezing.  But I'm not complaining. The cold front and biting wind blew away the rain that was forecast, leaving us with fairly clear skies and nearly dry conditions to enjoy our favourite pastime... 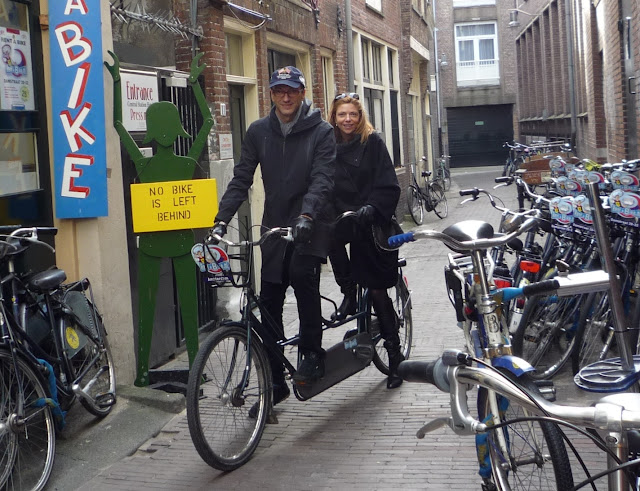 ...riding a bicycle built for two.  A tandem.

Monsieur is an avid cyclist (and swimmer, and rock climber, etc...) while I'm an avid Princess (I shop, I do my nails, etc...).  I therefore never learned how to ride a bike, preferring to get around by waving an arm in the general direction of a taxi to the absurd practise of balancing while peddling.  This stance didn't sit well with Monsieur, who, once, while we were on holiday in Corsica, tried to teach me how to ride.  Half an hour of abject fear on a hilly, potholed, side-road sealed the deal: Cycling wasn't for me.

But Monsieur is nothing if not determined, to which end he doggedly changed tack by buying us a cheap old tandem on ebay.  Being relegated to the back with little else to do but work-off those extra wine calories in my own private spinning class was fine by me:  He could break and steer and avoid mortal peril while I got fit. What fun for a couple, I thought.  And you know what?  It WAS!

A year on from that first speculative purchase, we now own a rather swish racing tandem and more matching lycra than I care to admit.  So while recently deliberating where to go for a long-weekend, the idea of Amsterdam won hands down.  The city has been set-up for cyclists, with priority bike lanes and little bike-shaped traffic lights to let cyclists know when it's their turn to go. 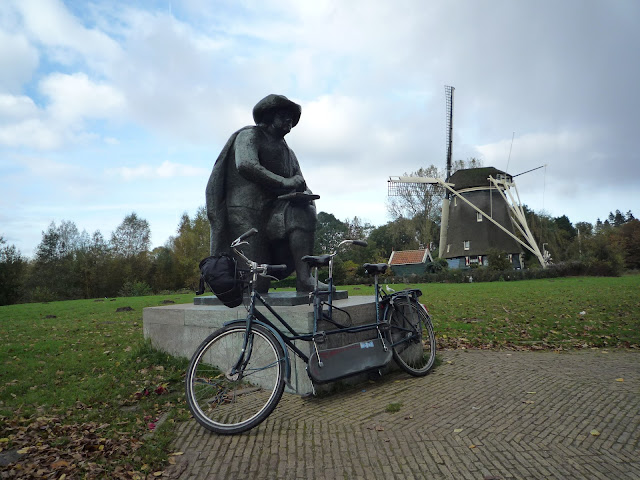 That's the tandem we rented, poignantly leaning against a statue of Rembrandt near an old windmill outside of Amsterdam.  One of the great joys of riding in Holland is that it's easy to get out of the cities and see the pretty countryside.  Not that we didn't have plenty to see in town.  In just 2 and half days we went to countless cool markets, superb fashion shops, gorgeous neighbourhoods, Anne Frank's house and the Martime Museum, pictured below.  And we ate really well and relatively cheaply, which kept our fuel costs low. 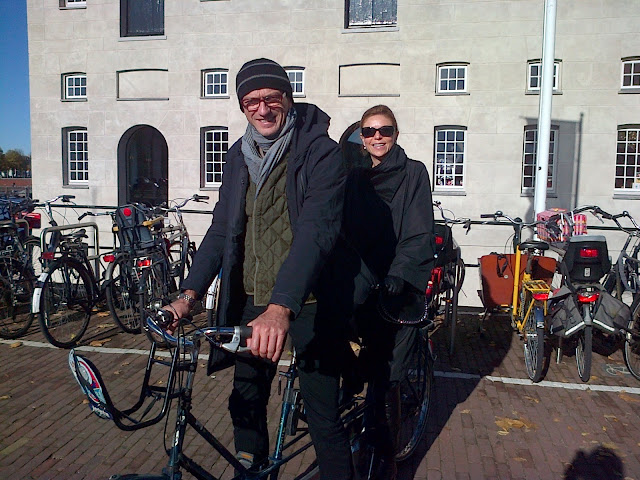 Style File Followers Take Note:
1. Hash pipe would have been a giveaway.
2. We rented the tandem from Damstraat Rent-a-Bike.
3. Well done for spotting the reversible quality of my Max Mara coat.  Toasty alpaca on one side, wind and waterproof on the other.
4. Well done for spotting Monsieur's not-so-cool-but-kept-him-warm market buy from an army surplus stall.
5. Our best buy was the chic blazer I got from Ready to Fish, one of the coolest shops in town.
6. Our favourite"fuel"came from Blauw, an amazing Indonesian restaurant off of Amsterdam's well-beaten path.  (And a great argument for renting a bike when you're there.  Leave the central zone and Red Light District to the kids. The best restaurants, cafes and coffee shops are where the locals live.)
7. Not that I'd know anything about the coffee shops.
Posted by Pepita Diamand at 20:24 No comments: